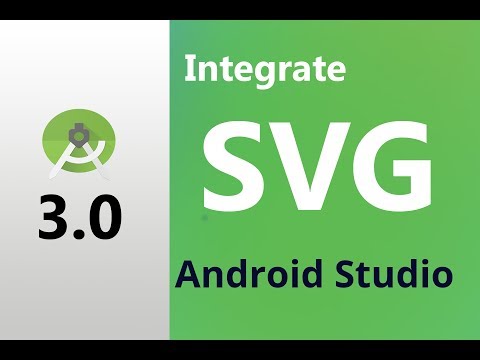 https://github.com/gridcoin-community/Gridcoin-Research/releases/tag/5.0.0.0
Finally! After over ten months of development and testing, "Fern" has arrived! This is a whopper. 240 pull requests merged. Essentially a complete rewrite that was started with the scraper (the "neural net" rewrite) in "Denise" has now been completed. Practically the ENTIRE Gridcoin specific codebase resting on top of the vanilla Bitcoin/Peercoin/Blackcoin vanilla PoS code has been rewritten. This removes the team requirement at last (see below), although there are many other important improvements besides that.
Fern was a monumental undertaking. We had to encode all of the old rules active for the v10 block protocol in new code and ensure that the new code was 100% compatible. This had to be done in such a way as to clear out all of the old spaghetti and ring-fence it with tightly controlled class implementations. We then wrote an entirely new, simplified ruleset for research rewards and reengineered contracts (which includes beacon management, polls, and voting) using properly classed code. The fundamentals of Gridcoin with this release are now on a very sound and maintainable footing, and the developers believe the codebase as updated here will serve as the fundamental basis for Gridcoin's future roadmap.
We have been testing this for MONTHS on testnet in various stages. The v10 (legacy) compatibility code has been running on testnet continuously as it was developed to ensure compatibility with existing nodes. During the last few months, we have done two private testnet forks and then the full public testnet testing for v11 code (the new protocol which is what Fern implements). The developers have also been running non-staking "sentinel" nodes on mainnet with this code to verify that the consensus rules are problem-free for the legacy compatibility code on the broader mainnet. We believe this amount of testing is going to result in a smooth rollout.
Given the amount of changes in Fern, I am presenting TWO changelogs below. One is high level, which summarizes the most significant changes in the protocol. The second changelog is the detailed one in the usual format, and gives you an inkling of the size of this release.

Note that the protocol changes will not become active until we cross the hard-fork transition height to v11, which has been set at 2053000. Given current average block spacing, this should happen around October 4, about one month from now.
Note that to get all of the beacons in the network on the new protocol, we are requiring ALL beacons to be validated. A two week (14 day) grace period is provided by the code, starting at the time of the transition height, for people currently holding a beacon to validate the beacon and prevent it from expiring. That means that EVERY CRUNCHER must advertise and validate their beacon AFTER the v11 transition (around Oct 4th) and BEFORE October 18th (or more precisely, 14 days from the actual date of the v11 transition). If you do not advertise and validate your beacon by this time, your beacon will expire and you will stop earning research rewards until you advertise and validate a new beacon. This process has been made much easier by a brand new beacon "wizard" that helps manage beacon advertisements and renewals. Once a beacon has been validated and is a v11 protocol beacon, the normal 180 day expiration rules apply. Note, however, that the 180 day expiration on research rewards has been removed with the Fern update. This means that while your beacon might expire after 180 days, your earned research rewards will be retained and can be claimed by advertising a beacon with the same CPID and going through the validation process again. In other words, you do not lose any earned research rewards if you do not stake a block within 180 days and keep your beacon up-to-date.
The transition height is also when the team requirement will be relaxed for the network.

Besides the beacon wizard, there are a number of improvements to the GUI, including new UI transaction types (and icons) for staking the superblock, sidestake sends, beacon advertisement, voting, poll creation, and transactions with a message. The main screen has been revamped with a better summary section, and better status icons. Several changes under the hood have improved GUI performance. And finally, the diagnostics have been revamped.

The wallet sync speed has been DRASTICALLY improved. A decent machine with a good network connection should be able to sync the entire mainnet blockchain in less than 4 hours. A fast machine with a really fast network connection and a good SSD can do it in about 2.5 hours. One of our goals was to reduce or eliminate the reliance on snapshots for mainnet, and I think we have accomplished that goal with the new sync speed. We have also streamlined the in-memory structures for the blockchain which shaves some memory use.
There are so many goodies here it is hard to summarize them all.
I would like to thank all of the contributors to this release, but especially thank @cyrossignol, whose incredible contributions formed the backbone of this release. I would also like to pay special thanks to @barton2526, @caraka, and @Quezacoatl1, who tirelessly helped during the testing and polishing phase on testnet with testing and repeated builds for all architectures.
The developers are proud to present this release to the community and we believe this represents the starting point for a true renaissance for Gridcoin!

Most significantly, nodes calculate research rewards directly from the magnitudes in EACH superblock between stakes instead of using a two- or three- point average based on a CPID's current magnitude and the magnitude for the CPID when it last staked. For those long-timers in the community, this has been referred to as "Superblock Windows," and was first done in proof-of-concept form by @denravonska.

Notice: this update is spurious, and the issue is being looked at.

[OFFER] Original 2D logo design from $25 to $50, depending on satisfaction!

Hello, /slavelabour! I’m a Japanese hobbyist graphic designer, and I’ve been offering logo design services on a Japanese site called Wow!me, but I want to offer my services here as well.
Hopefully this'll be the thumbnail image.

I can make a company, service, or product logo that is free to use and reuse commercially. Samples of my previous work are available here. Depending on how complex the logo should be, I should be able to complete it in two weeks or sooner.
I will export the logo as PNGs at any size, as well as an SVG file. While PNG files are standard image files readable on any device, SVG files are vector files, making them easily editable, infinitely scalable, and Illustrator compatible.
According to DesignQuote’s HowMuchDoesALogoCost.com, this kind of work will typically set you back about $1000 for a student or offshore designer all in all. I'm doing it for at least 25 Australian Dollars or 2500 yen (whichever is cheaper at the time), with a maximum pay-for-what-you-like of up to 25 AUD or 2500 JPY more.

I have a wealth of volunteer graphic design experience, giving me an edge over typical people who want something designed. I took a course on color coordination at a university while in high school, and my free fonts have been downloaded a total of 497711 times as of 2017-12-25. For something more playful, I have a host of osu! skins available online.

Logo design is my hobby, not my day job. And let’s face it, a casual isn’t enough for all purposes, but hopefully it’ll be much, much better than what the average person with an idea for a company, service, or product can produce. You’ll be the judge.
I don’t use Photoshop or Illustrator for my logo designs, but Inkscape, a free vector graphics editor. But just because the software is free, it doesn’t mean I can’t make great designs with it. In fact, the years of design experience should show.
That being said, the closest thing to 3D computer graphics I’ve made is modeling buildings on SketchUp in high school introductory architecture class. That's not to say I can't make logos that pop out, though.
While I have experience in After Effects, putting enough time to make an animated logo would probably be outside the scope of a hobby.

I updated the Ƀ Bitcoin Symbol graphic pack and it’s free and open source!
Download (285 Mo)
It contains a lot of graphic resources including:
Edit: Image gallery preview
Thanks to all redditors who contributed to this graphic pack! You can contribute to the next version here.
—> Learn more about this project

Try SVGator: http://bit.ly/SVGator Hey Everyone, Welcome back again. Animating SVG (Scalable Vector Graphics) is easier than you think. I mean, you don't hav... FileMaker 14 SVG Icon Helper - Rev 2 Free FileMaker 14 Training http://youtu.be/nk1lWHZ0AhI Download the FileMaker Pro 14 & FileMaker 14 for Mobile Devices... Learn More: https://rebrand.ly/offew1w Free Halloween PNG Icons Premium Halloween Icons More Halloween graphics If you’re looking for something to rock your ... This WordPress tutorial will show you how to add the Tik Tok SVG icon to Elementor. It will work in the free or pro version, I am using the free version for ... 🔸 Subscribe now for free to this channel: https://goo.gl/SJuHH6 🔸 Follow me on Instagram: https://www.instagram.com/ivenschloesser/ 🔸 Please like the video t...